A FALSE POSITIVE vs. THE REAL PROBLEM- which one is worse?

Disclaimer: The information (including, but not limited to text, graphics, images and other material) contained in this article is for informational purposes only. No material on this site is intended to be a substitute for professional medical advice or scientific claims. Furthermore, any/all contributors (both medical and non-medical) featured in this article are presenting only ANECDOTAL findings pertaining to the effects and performance of the products/technologies being reviewed - and are not offering clinical data or medical recommendations in any way. Always seek the advice of your physician or other qualified health care provider with any questions you may have regarding a medical condition or treatment and before undertaking a new health care regimen, never disregard professional medical advice or delay in seeking it because of something you read on this page, article, blog or website.” 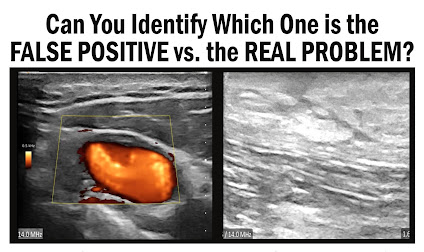 A "False Positive" is the statistical classification in medicine referring to less appealing terms like a MISREAD, an INACCURATE OVERSIGHT or a WRONG CONCLUSION. It is essentially a flaw in the patient diagnostic report that would cascade into the clinical team pursuing an inaccurately founded plan or the wrong path of care.

My first commitment as a medical professional was in the US Air Force (1971) where I first witnessed the critical and sometimes even fatal results of 'false positive' reports and readings. Unnecessary surgical procedures were conducted and improper medications were dispensed- due to a possible misread of a scan or an inaccurate blood test.  It was then that I realized the many potential types of disasters that could come from what could appear as a simple oversight- and what should be done to avoid them.

2021- the modern era of medical diagnostic advancements, and False Positives continue to happen much in the same way, due to the many 'flavors' of human error.  But upon review of the "damage reports" from recent medical cases as a medical witness in a major malpractice case, it was concluded that NEGLIGENCE came from significant dependence and over-reliance on technologies to play a role in the clinicans' lack of discernment and focus.

Misdiagnoses offer their own set of problems as does the actual growth (cyst or tumor) that we are scanning for.   Either human or tech errors could lead to the wrong conclusion and distracts from the real pathology. Raising alarms of mis-reads have been known to put patients (and physicians) at great risk of unnecessary surgeries, costly testing and unwarranted treatments.  What’s more, a false positive drives significant attention to the wrong area, where true issues and disorders are left unattended or found late when more damage occurs.

THWARTING A METASTATIC NIGHTMARE
Based on a true story - contributed by Lina Koscinski | Edited by: Carmen R. DeWitt 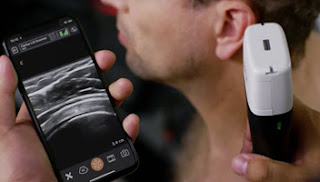 “After years of procrastinating, my husband Ted finally managed to book a trip to the dermatologist to remove a few annoying skin tags and a tiny mole from his left shoulder. This elective procedure was purely cosmetic, but were also an irritant whenever he wore collared shirts. The derm's office assistant reassured us that it was a quick and standard procedure of freezing and cutting them out, alleviating any concerns that usually comes with invasive procedures or cutting through skin.
We chose combine the skin doctor visit after my mammogram appointment earlier that day.  When we arrived at the radiologist's office, the imaging tech brought us in and chatted us up a bit by showing off one of those new hand-held portable ultrasounds that paired with a cell phone.  She was alluding that this was "the future of ultrasound" and an office upgrade to their original 10-year old model.  It was actually amazing to see something so small do the kind of diagnostic work that massive machines normally do.
The tech candidly offered to demo this new scanner on my hand, but my husband thought it might be more fun to volunteer his mole out of sheer curiosity.  Within a few seconds of probing, an unmistakable look of concern befell on her face as she zeroed in on the mole area clearly stated some kind of new discovery. Her portable scanner revealed irregularities under Ted's skin, calling on the attention of the chief radiologist who entered the exam room.  He took over the hand scanner by repeating the probing of my husband's neck, and then re-scanned it with their hospital-sized sonogram appliance that was rolled in from the other end of the room.
He concluded that the mole was a MALIGNANT MELANOMA - a potentially deadly tumor.   Ted  discussed what would have been our next appointment and it was then that we realized that if the dermatologist would have applied the freezing solution to this mole under ‘standard procedure’ unaware of what we discovered, the melanoma would have metastasized and fast-tracked to every organ in the body.
Stories like this are apparently not too uncommon- where an unrelated scan would find cancers (or other issues) that could become fatal if remained undetected. Needless to say, I had to reschedule my mammogram -- and also Ted's derm appt., only to get referred a skin cancer specialist. But this slight detour was worth the lesson learned; getting a pre-op scan before ANY invasive procedure could be a real life-saver!
Excerpt from Awareness for a Cure: Survivor Stories (6/2019)