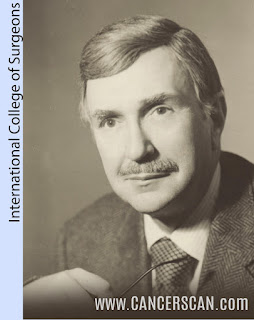 In 1976, during my early days as a young radiologist, I was approached by Dr. Henry Leis Jr., the pioneer doctor who wrote the very first text on breast cancer and developed mammography 18- a means of early diagnosis and instrumental in the use of many of the less invasive procedures used in the treatment of breast cancer today.

He confessed with great concern that he had all these patients with lumpy or cystic breasts developing tumors that he could clearly feel but the mammogram kept missing it.  Seeking my help through sonogram technology, we worked on his patients together and the sonogram clearly identified and quickly diagnosed a mass as either a cancer or a benign cyst, in a dense, lumpy breast.  Since then we've incorporated the sonogram in high-risk patients’ regimen every six months religiously because it finds tumors while they're small and “lumpectomy” surgery is curative if the mass is less than 1 cm.  This is alongside doing mammograms once a year in women over 50 or unless they have a history of cancer- at which case, we do it starting at age 45.


LONG ISLAND CANCER- THEN AND NOW 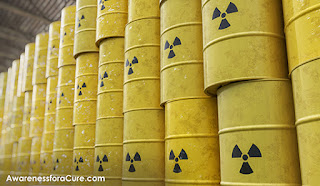 Since the early 1940’s, Long Island became riddled with countless cases of toxic waste and hazardous dump sites contaminating groundwater and wells with volatile organic chemicals and carcinogens.  Much of this was known as the Bethpage Plume thanks in part to the Grumman manufacturing plant, Naval Weapons Industrial Reserve plant and Hooker Chemical/Ruco Polymer site.  Record levels of radioactive materials such as chromium and radium continue to plague its drinking water today despite decades of cleanup efforts and water treatment plant upgrades.  Scientists have speculated a direct connection between Long Island’s reportedly high rate of breast cancer (alongside other cancers) over the national average and this cancer plume.

In 1985, a major study of Long Island patients in the NY State Journal of Medicine showed over 90% of the suspect calcifications that showed up in mammograms were proven benign after surgical biopsy, resulting in unnecessary treatments that nowadays are avoidable.  Unfortunately, the increase in inflammation in the breast which was causing the calcification was what instigated the greater risk of developing actual breast cancer. The current 2018 American College of Radiology statistics state that women with dense breasts are 500% more likely to develop benign, or malignant tumors than women without dense or lumpy breasts.

To address this overdiagnosis, they started using the MRI to detect breast cancer in the 1990’s- but this too showed inconsistent levels of inaccurate readings as far as things that looked suspicious and looked like breast cancer- similar to Dr. Leis’ negative mammogram readings.   By the advancement of the new 3D ultrasound systems, we were able to find and discern a true cancer from a cyst, or one of these benign post-inflammatory reactions mimicking a cancer on the MRI and the mammogram.

Some women (with diabetes as one example) tend to have inflammation that forms lumpy areas in the breast which causes scarring - scarring that can give a false reading and actually feels like a breast cancer.  Scenarios like these tend to trick the less experienced diagnostician or older technologies into false reports.   Since the introduction of the Doppler blood flow technology, we are able to see the entire cancer vessels and actually gives you a road map to the tumor. The 3D technology allows you to look at the map and measure how many cancer vessels there are. In patients who are taking non-traditional treatment or on immune or chemotherapies, you can see if the number of cancerous vessels are larger, which means the treatment is failing. Or, if it goes from five blood vessels down to one tumor vessel- an indication that the treatment is working. 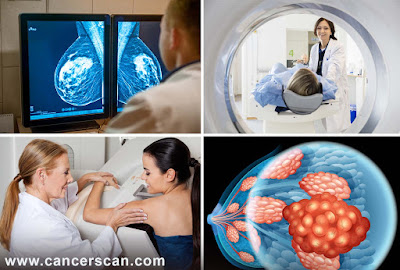 There are other ways of looking at blood flow in tumors. CAT scans and CT radiation imaging was spectacular at finding breast cancer except the radiation dose was so high that patients were developing lung cancer from it. Also, claustrophobic people couldn't fit into the CT or the MRI tube. MRI also uses the blood flow technology but some people are allergic to the contrast from the CT or the MRI. We also learned that the MRI contrast is depositing now in the brain, causing other problems that we're just being aware of.

The Doppler Sonogram is technically instantaneous. You put the probe on the breast, find the area, pinpoint it, press a button and seconds later you have the map showing the types of vessels, the location of the  vessels. You have a program on the computer to give you a vessel density measurement which shows how aggressive this is. Instead of the genetic markers, which are very popular, showing how aggressive a tumor will be, this is a visual way in seconds that's being used worldwide to show cancer vessel aggression. Tumor aggression by blood flow evaluation is used worldwide in nuclear medicine, CT  scans and MRI technology, however, the simplest way is the non invasive 3D Doppler breast procedure.

For more information or to discuss the many benefits of ADVANCED ULTRASONIC DOPPLER IMAGING, contact us directly at:  212.355.7017 or email: appt@barddiagnostics.com 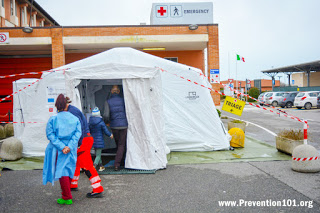